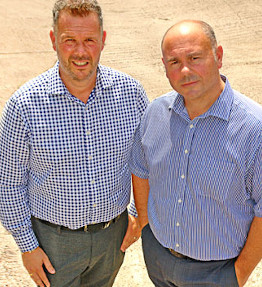 Top Tubes’ 25th anniversary is a tribute to the confidence of founder Adam Bradley and brother Matt.

Back in 1994, when the home-grown demand for steel tube was far greater than today, a young Adam Bradley, trading above his mother’s hairdressing shop, sold his red VW Corrado to finance the purchase of a large consignment of tube – within a fortnight he had sold the tube for twice what he paid for it.

That was the start of a continuing story of success.

In 1996 Adam’s brother Matt joined the business, primarily to deal with accounts and administration. Later that year the company moved into its first warehouse in Deepdale Lane. By 1998 it had relocated to four units in Steetley Industrial Estate, Coseley.

“There was energy and excitement around and we were having the time of our lives”, says Adam. The real excitement came in 2006 when they bought their first tube mill. Matt Bradley: “This was a pivotal year for us, a defining moment and when the market place took notice of us”.

Later that year the purchase of their first laser tube cutting machine gave them the facility to bring added value to their product.

In the five years from 2001 they tripled their annual turnover and increased their workforce to 80. Since that time hardly a year has gone by which hasn’t seen the purchase of new equipment and further investment, including their move to Smith Road in 2007.

Picture above: Top Tubes were enthusiastic winners of the ‘Express & Star’ Business of the Year SME category in May 2014.

The brothers agree that their steepest learning curve over the 25 years has been understanding what it is to employ people. “People are massively important in a company like ours” says Adam. They feel they’ve been fortunate in that many of their workforce have been with them for 10 years or more, with a significant number passing the 20 year mark.

Events throughout the summer are set to celebrate the anniversary for the workforce and their families, including a theme park day and a day’s horse racing, a golf day and a fishing tournament. The finale will be an end of year party.

“Taking Tube Further” has been our strapline since 2010 and our ethos since 1994. We are a truly innovative company. We have always and will continue to follow our dream and make tube of the highest quality and deliver a service that matches our tube” says Adam with pride and conviction.

Find out more about Top Tubes 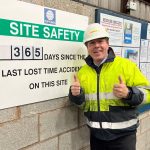 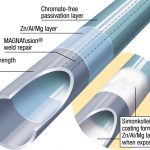 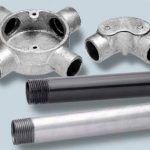